Connecting along the Camino de Santiago

In late July, I had the great blessing of walking the Camino de Santiago, the Way of St. James, in Galicia in northwestern Spain with my 16-year-old son Connor.

Tradition holds that the remains of St. James are buried beneath the altar in the beautiful Cathedral in Santiago de Compostela. In addition to Rome and Jerusalem, Pope Alexander VI declared the Camino one of the three great major pilgrimages of Christendom.

Some four decades ago, only a few thousand made the pilgrimage annually. But in recent years, with the help of the popular movie “The Way” starring Martin Sheen, word of mouth and support from both the church and the government, the Camino de Santiago now attracts more than 300,000 annually.

Pilgrims can choose one of dozens of routes to Santiago. Connor and I walked along the most popular route, the French Way. We had days in Madrid on the front and back end, but in between, we hiked 100 miles from the town of Villafranca del Berzio to Santiago. We happened to be there during a major heatwave, with 95- to 100-degree temperatures adding another dimension of rigor to the journey.

I had been inspired to make this trip by a great Catholic friend of mine who had already traveled The Way three times with each of his sons. He has often shared what a great spiritual journey it is and how meaningful it has been to spend time with each of his boys.

With four boys ages 10 to 16, including one who will be graduating high school in less than two years, I really saw this as an opportunity to have him get away from the video games, the noise and routine of everyday life and spend some time together. In the end, I found that the daily walking and hiking of Spain’s rolling hills resulted in a variety of different connections.

Connor and I prayed the rosary together every day, visiting churches in each town we passed through. We went to confession and attended Mass several times throughout the week. Soaking in the beauty of Spain’s churches along the way provided for many shared memories and planted many seeds of faith that I trust will flourish in the years ahead. 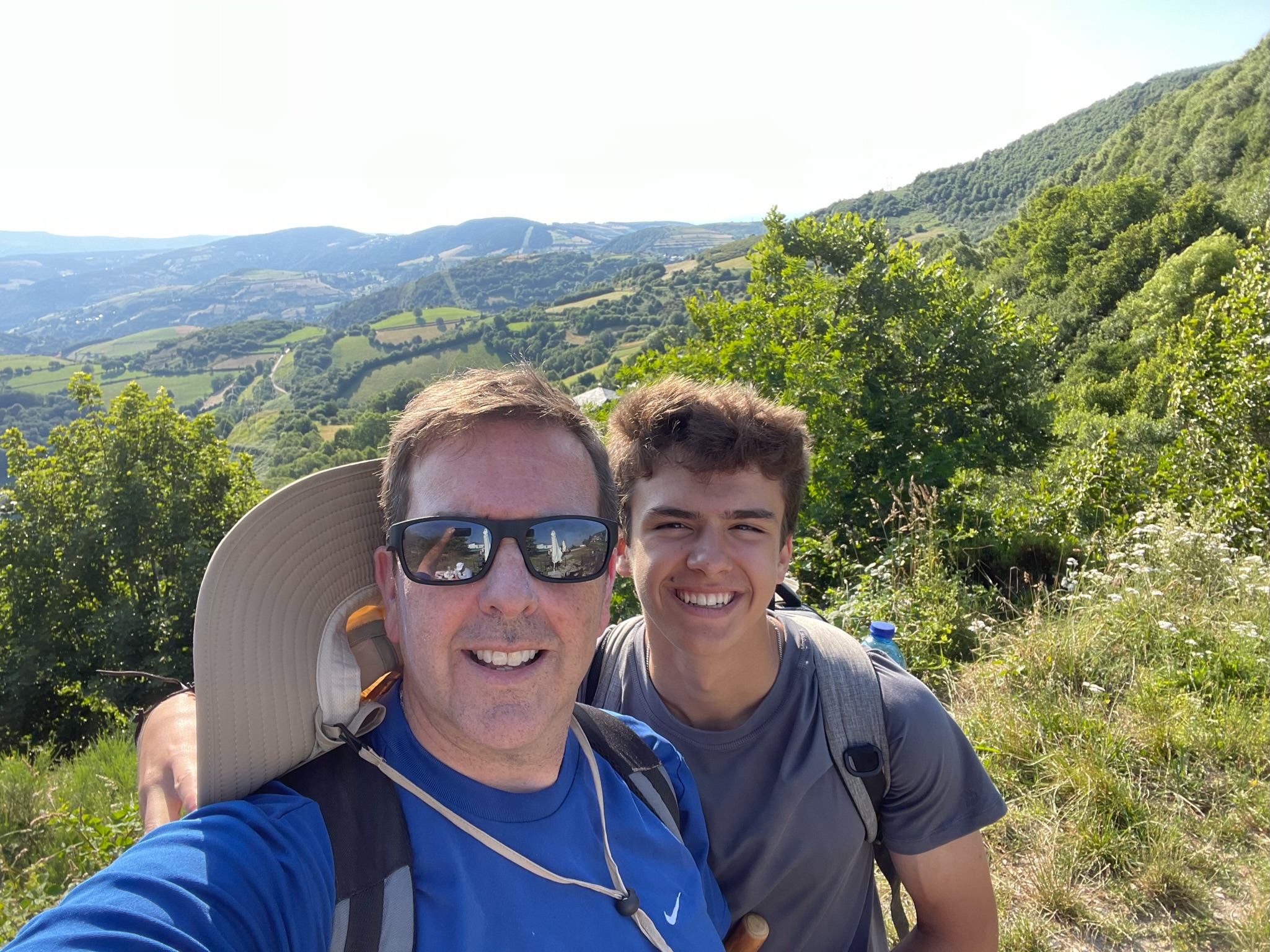 Dave Savage, executive director of The Papal Foundation, and his son Connor journeyed some 100 miles on foot while making the Camino de Santiago pilgrimage in Spain. (Dave Savage)

I also felt a strong connection with the past and the tradition of this pilgrimage. When you’re walking in the footsteps of so many Christian pilgrims, appreciating the amazing churches and history the Catholic Church offers, you can’t help but feel attuned the universal nature of our great faith. We met many Catholics from around the world, all of whom were excited to be making this journey.

Finally, I felt very connected to the mission of The Papal Foundation and all of those who support it.  I celebrated my first anniversary as executive director of the foundation during my trip, and I was able to pray every day for the intentions of the Holy Father, those of all the Stewards of Saint Peter, as well as my fellow staff members. I prayed in gratitude that God led me to this role, and I am excited as I embark on year number two, supporting Pope Francis’ priorities to serve the poor in developing nations around the world.